A Lifetime as a Nurse 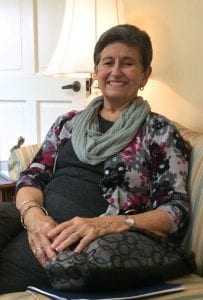 Nina Cole, a dedicated member of the Springmoor Board of Directors

Her mother was a nurse and one of her two daughters is a mental health counselor. A nurse, like her mother, Nina Cole has spent her life taking care of others. Today she serves on the Springmoor Board of Directors offering her knowledge and expertise when it comes to taking care of our community. Springmoor’s independent residents have an on campus doctor and full nursing staff available for any health issues that arise from flu shots, eye exams, blood pressure checks, a seasonal cold or a rehab stay after surgery. The community offers assisted living and skilled nursing as well as memory care and part time home care assistance as needed. Nina’s career has given her a lifetime of nursing experiences that she can bring to the boardroom.

Born in Mullins, a small town in South Carolina, she watched her mother go off to work at the hospital each day. She said she learned to cook early in her life as her mother was often working during mealtimes. Nina’s family moved to Beaufort, North Carolina while her father was in the service. When it was time for college, she headed to the western part of the state to begin her junior college experience at Mars Hill College. Undecided at first, she soon realized that nursing was the path she would pursue. North Carolina Baptist Hospital School of Nursing in Winston Salem became her home for three years as she completed her degree. 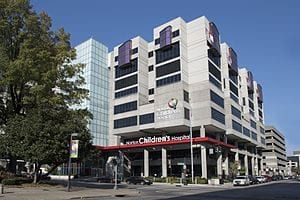 Nina and William met during her college nursing days. The two were married and shortly after graduation moved to Louisville, Kentucky while her husband was in the seminary. She was employed at Kosair Children’s Hospital and Jewish Hospital during their time in Kentucky. Then after a short stay in Virginia, they made their way back to North Carolina. Nina’s nursing career began in Raleigh at Raleigh Internal Medicine. Becoming the Director of Nursing and managing the staff, she says, was one of her most rewarding positions. She later moved to Carolina Allergy & Asthma Center where she found new challenges treating a new variety of illnesses and patients of many different ages.

In 1979, Hospice was brought to Wake County with Nina’s leadership

Nina was also very instrumental in bringing hospice to Wake County. In 1979, Hospice was in its earliest organizational stages across the nation. She became a member for the Board of Directors traveling the state to speak about the benefits and the care they provide to the patients and their families. She continues to be intrigued by the founders and the concept of holistic care they offered. The term “hospice” (from the same linguistic root as “hospitality”) can be traced back to medieval times when it referred to a place of shelter and rest for weary or ill travelers on a long journey. Today the organization is known as Transitions LifeCare and is one of the larger hospice organizations across the country. They now serve Durham, Franklin, Harnett, Johnston, eastern Chatham and Wake Counties, as well as Chapel Hill and Carrboro.
During these nursing years, she also raised their two daughters. She helped with the PTA in their schools and volunteered her services at The Red Cross and The Open Door Clinic throughout their younger years. Wherever she could lend a hand and offer her expertise, she was quick to sign up to help. 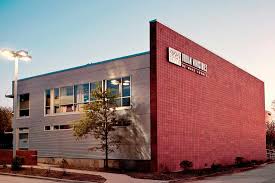 As a volunteer, Nina has assisted at the Open Door Clinic

As a volunteer at the Open Door Clinic, she, along with many other volunteer doctors, nurses, and clerical assistants offer their time to help those in Wake County that have no access to health insurance. As part of Urban Ministries, the organization remains as the only free and charitable clinic in Wake County with a fully licensed pharmacy. The Food Pantry and men’s and women’s homeless shelters are also part of the agency.

When she is not nursing, she sings in her active church choir and serves on several committees, her favorite being the church’s media team. She loves to read and says working in the church’s library is great fun. She helps purchase books as well as catalog and shelve those that are donated. Nina also enjoys spending time with her five grandchildren. “Grammy” (as she is called) and her 13 year-old granddaughter are often found at the mall. “What 13 year-old doesn’t want to go to the mall?” she asks.

Nina has traveled the state speaking, managing a team of nurses and caring for those in need. She is proud of the services offered at Springmoor and speaks highly of the team that provides care and medical assistance to our residents. Quiet and soft-spoken, she offers advice that is most welcome during a time of need. We thank her not only for her service to Springmoor Board of Directors but to Wake County and all that she has done to make this state a healthy place to live.