A Path With Many Turns 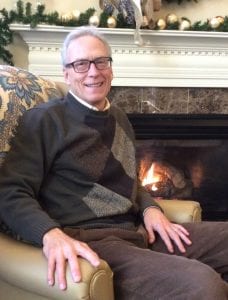 Ernest Carraway, a member of the Springmoor Board of Directors

The Springmoor Board of Directors includes a dedicated group of volunteers with a variety of careers. This week we introduce you to Ernest Carraway, a Real Estate Attorney, CPA and NCSU lecturer.
The path to the classroom and the courtroom was never expected. Ernest Carraway grew up in Greenville, NC, located in the eastern part of the state. After high school he moved to Chapel Hill to pursue an undergraduate degree at UNC in math. He was unsure where this path would lead him but knew his love for numbers was a great place to start.

After four or five classes in calculus, he remembers taking a class in economics that peaked his interest. He is not sure now if it was the subject or the professor but his path made a twist from math to economics. As he approached his final exams in December of his senior year, he began to wonder where he was going with an economics degree. Off to graduate school, a job in a business field or law school perhaps? The LSAT (Law School Admission Test) was scheduled on campus the very next week so he quickly signed up for the exam. 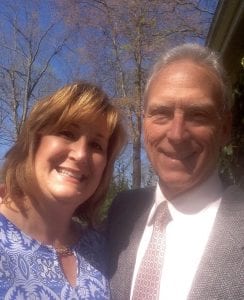 He received his scores within a few weeks and then applied immediately to UNC School of Law for the following fall semester. He was accepted. The path had twisted again. Upon graduation from law school three years later, he still wasn’t sure the type of law he wanted to practice so he returned to Greenville where a couple of opportunities awaited him.
Describing himself as a shy and quiet student, he was surprised when a family friend, Dr. James Bearden, Dean of the East Carolina University’s College of Business, approached him about a teaching position. Could he stand up in front of a classroom of students that were not much younger than him? Could he teach business law? Would he enjoy the classroom as much as the courtroom?
There was also a local law firm where he had worked during summers of law school that offered the chance to gain a variety of legal experience from the criminal cases in the courtroom to real estate closings. 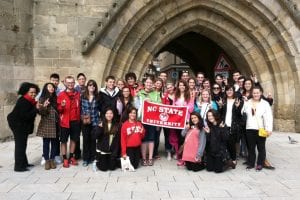 Ernest with his NCSU Study Abroad Class in Germany

The Path to the Classroom

He became a part-time instructor at ECU while he was also practicing law. A dual career had begun! As a lecturer, the State of North Carolina offers the staff free enrollment in classes on campus. So Ernest signed up for an accounting class and then another and another. He wasn’t really thinking about another degree but realized that with the classes he had been taking, a CPA certification would be easy to pursue and probably help with his real estate and tax law interests. So once again, the path had twisted and he began to double up on his courses and to take some during the summer semester in order to sit for the CPA exam which he passed in May, 1982.

From his math beginnings to a law school degree, he now found himself applying for jobs with accounting firms and landed in Raleigh. He was hired to work for Touche Ross as a CPA but the classroom kept calling him back. His passion for the students and teaching was something he never expected but knew he wanted to continue to pursue.
Only a few years after his arrival in Raleigh, he began a part-time teaching position at North Carolina State University which soon turned into a full-time position as a lecturer. He returned to practicing real estate law which would not interfere with his teaching schedule. This dual career would continue for many years ahead. 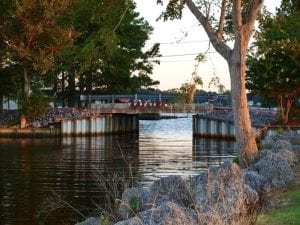 Ernest’s favorite spot to kayak on the river

The call to join Springmoor’s Board of Directors came after meeting the Ammons family at Greystone Baptist Church. With his real estate and tax law knowledge, he was a perfect fit for the investment committee and the Springmoor Endowment Fund Board of Directors. He was asked to serve on the board of SpringShire, an Ammons property under development in Greenville, NC. Serving on these boards and committees has been an education for him too. He feels lucky to have joined such a dedicated group of people. He says he has learned more from them than he could ever give back. The quality of people and the responsibility that the directors offer is a gift to each community. He looks forward to serving for many years ahead. 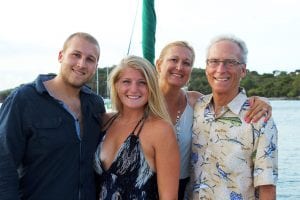 He and his wife, Teresa, hope to retire “sooner rather than later,” he says with a laugh. Their two children, Ford and Maggie, have graduated from college and are forging their own paths in the career world.
A path with many forks, Ernest’s career has given him a unique niche in the classroom, the boardroom and the courtroom. He looks forward to soon enjoying a little more time on the Pamlico River in his kayak, a good book or a long bike ride. A devoted UNC sports fan and an avid runner, he has a long list of things to do. For now, he enjoys his accounting students with the one-on-one time in the classroom being his favorite part of teaching. He has had the opportunity to teach a study-abroad course in Germany. He is learning new technology to keep up with the increasing demand for online classes. He offers these video presentations for those who might miss a class but he believes it’s always better to spend time face to face.
Ernest’s experiences have given him wonderful gifts that he can share with our Board of Directors and residents as the community continues to grow and change along its path too.
If you would like a tour of the campus or to know more about the community and it’s dedicated leaders, we invite you to call 919-234-7626 to schedule an appointment with one of our knowledgeable representatives.