The sisters began working at Springmoor when the North Village wing was only built out to Apartment 228. South Village was on the architect’s desk and the West Wing was just red mud. That was thirty-three years ago.

Sisters, Barbara Venson and Sandra Harris have been Springmoor employees for thirty-three years. Their sister, Linda discovered Springmoor first. She encouraged the two of them to apply for a housekeeping job too. Barbara took Linda’s advice and joined the staff. Within a month, Sandra had joined her sisters too. The family (all six siblings) has their mother’s work ethic. They are proud to say that she continued to work until she was 87 years old. Keeping a clean house and taking care of her children and their children was part of who she was. 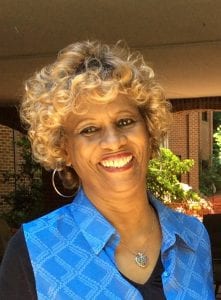 Barbara says with a big smile, like her mother, she has a hard time “just sitting around,” she much prefers to be doing something. Whether it is working in the yard or cleaning her own house: she likes to be moving around. She is an early riser and loves her job and the residents at Springmoor. In her quiet time, she does enjoy a good book. She has always been an avid reader. Sandra says that since Barbara was a little girl she has always had her nose in the books. When she can find time, a good walk in the neighborhood on a beautiful North Carolina day is another favorite pastime. 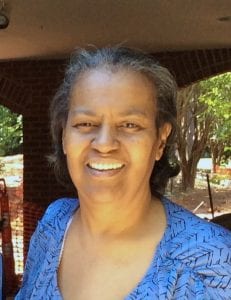 The two sisters live only a few blocks away from work. They share a house and all the household chores. While Barbara is keeping things clean and tidy, Sandra can be found in the kitchen preparing the meals. Cooking, shopping and a good movie are Sandra’s favorites activities. Barbara is happy to brag on her sister’s cooking skills, “Her ribs are the best!” After work, they can be found at their favorite Harris Teeter picking up a few more ingredients for tonight’s dinner. It’s usually something quick after a long day on their feet.

North Village residents are happy to have both sisters working on their side of the Springmoor campus. They each are assigned four resident’s apartments a day. Barbara worked in the villas and homes for over fourteen years but now can be found inside the East and West wing apartments. She is a floater: cleaning her assigned apartments as well as filling-in where she is needed, training new housekeepers and also assisting with management duties. Sandra can be found most often in the West wing. They both love a clean house and they both love their job!
The residents have become family to the sisters. They have shared many hours cleaning but more importantly being a friend, listening to a story, helping with a small task or finding a missing key. Springmoor Residents, Lorine Calloway and Peggy Blackburn consider the two as great friends of theirs, “They are very special sisters to all of the residents. They always ask about our families.” Lorine says, “They make my day! They always greet me with a great smile.” The residents are the most important part of their job. The laughs they have shared are numerous! 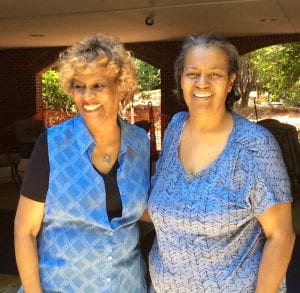 Sandra loves to tell the story of the resident that dressed up for Halloween to scare his housekeeper. He put on a monkey’s mask and patiently waited for her to arrive. While waiting, he crawled onto the bed and fell asleep. We will never know who laughed and who screamed more. The surprise on both of their faces was a story that has lived on for many years!
Another resident asked if her housekeeper could help find her second pair of glasses. She was watching TV and could not seem to see things clearly. After an extensive search through drawers and cabinets and under the bed and through the kitchen and all the coat pockets the two decided that the glasses must have been left somewhere on campus. When they could search no more, the housekeeper, looking at the resident, realized the glasses were right in front of them. Both pairs were on her nose. No wonder things were so blurry! What a laugh they shared with each other.

Mary Daniel, the North Village Housekeeping Supervisor, says these two are shining stars! “They have always been great workers and are very dependable. You can count on them to do anything asked of them.” At one time, Mary also had two of her own sisters working at Springmoor. “When you know how to treat your family with love then you really can treat others the same way. They are a joy to have as part of the team.”
It’s not only housekeeping that makes these two sisters so special. Their smiles, their work ethic, their dedication and their love are all part of who they are. Springmoor is lucky to have both Barbara and Sandra on their team!