As the New Year rolls in, we are happy to welcome new members to the Springmoor Residents Association and thank those that have served this year. The Executive Committee, along with seventeen other committees, is a wonderful group of residents who serve as advisory volunteers. The Board’s committees advise on everything from Grounds and Building Maintenance to the Constitution and Bylaws. Each group usually meets on a monthly basis. Discussions for improvements, fundraising, decorating, recycling projects and library purchases are among the many topics discussed within these groups. 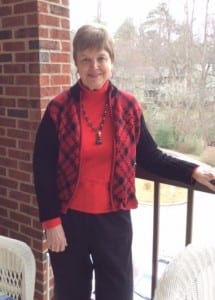 Officers and Directors from the Executive Committee will attend each of these meetings and take their suggestions back to Springmoor Administration. Their suggestions often result in new activities and improved services. We are grateful for all those that serve. The hours each of them dedicate to listening to other residents, researching new information and providing suggestions is invaluable.
We welcome Peg Bedini as our new Springmoor Residents Association President. David Robinson will be our Executive Board Vice President. And Walter Heck will serve as the Secretary for a second term. Peg served this past year as the Vice President on the board. Her duties involved planning the monthly programs of our Residents Association Meetings. 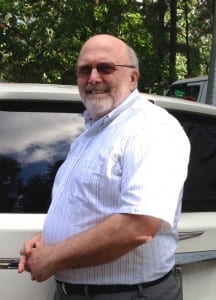 Peg was pleased to bring us a great group of speakers. Bianca Howard, the Environmental Coordinator for the City of Raleigh, was here in January to discuss our new Recycling Program. Scott Mason, from WRAL’s Tar Heel Traveler, came in February to share his “Stories from the Road”. Doug Mattox, from WPTF radio, was here in April to tell us about Coins and Stamps. Elaine Mason, a docent from the North Carolina Museum of History, was with us in May to tell us about the Merci Train that brought gifts from France to the American Veterans after World War II. And in October, Julia McCullers, a Springmoor Resident, shared her incredible journey with her husband. They were stationed in Guantanamo Bay during the Cuban Missile Crisis in October 1962. Her story had everyone on the edge of their seats. 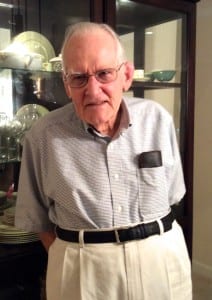 Resident Association Meetings are held monthly and smaller Committee Meetings are held as needed. There is an assortment of committee sizes: one with only five residents that handle the Bylaws to the largest group of volunteers serving on the Convenience Store Committee. The Executive Committee along with four new Directors – Gail Jens, Suggie Styres, Goldie Coats and Mary Alice Hale will serve along with the Past Resident Association President, Kay Bullock and Springmoor’s Executive Director, Brandon Hair at each Executive Committee Meeting. Bringing back suggestions and recommendations from their individual committees for review leads to only the best of services to our residents. We thank the Nominating Committee for their hard work in putting together such and outstanding group of Resident Volunteers. 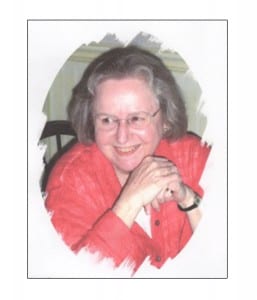 We also would like to give a round of applause to those that have served this past year for answering endless phone calls and emails, for presiding over committee meetings and the Resident Association Meetings, for implementing changes and welcoming new residents. We are most appreciative of your dedication to Springmoor. Thank you – Kay Bullock, Peg Bedini, Walter Heck and our four Directors: Suggie Styres, Johnny Smith, Jean Benze and Dorothy Rutledge. A great deal of thanks goes to Kay Bullock for serving not only for one year but TWO as President of the Residents Association!
Happy New Year to everyone!